When it comes to digital cameras, everyone thinks of Canon, Nikon, and Sony, but Samsung Electronics, one of the largest electronics companies in the world, once worked on the digital camera business. It’s not just about progress. Canon, Sony, and the third largest share in the world, it was a motivated project at the group level. Many users still remember Samsung’s digital camera brands such as KENOX, VLUU, and NX.

More than 30 years of history … If you know the elders of the camera industry
It is a well-known fact that Lee Kun-hee, chairman of Samsung Electronics, has a professional opinion on A / V (audio visual) devices. Samsung’s camera business was one of the wishes of this president’s will. Lee has actively pursued business in hopes that Samsung will be able to stand out in the camera market dominated by Japanese companies. 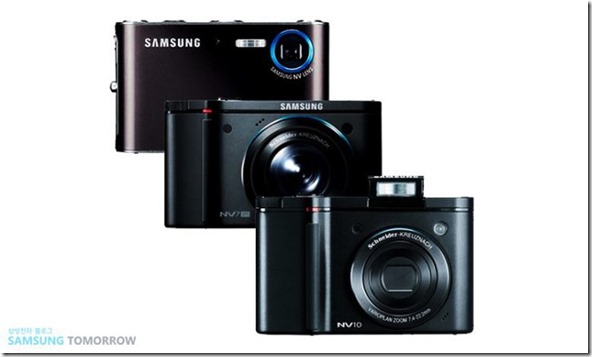 The camera business was a wish of Samsung Electronics chairman Lee Kun-hee. He said that he was instructed to prepare a plan to “achieve the top of the camera world in three years” in the process of collecting company issues in 2012. The Samsung VLUU compact camera, launched in 2006,

There is one thing that needs to be done with certainty. Samsung Electronics entered the camera business in 2010. Previously, Samsung Precision (Samsung Techwin> current Hanwha Techwin), which had been mainly in the defense industry, led the Samsung Group’s camera business. The start of Samsung camera is similar to other domestic appliances. It is the beginning that the design of the products produced in the developed countries such as Japan is taken and made at the domestic factory.

Minolta’s hi-matic-S camera, which Samsung introduced in the 1970s in Korea, is famous for its cinematic cameras. As the cameras were hung on imported items as a luxury item, major camera brands in Japan were forced to enter the Korean market in a joint form with Korean companies. Samsung started its camera business by making direct production after technical alliances beyond sales.

The first camera made by Samsung was the AF range finder camera ‘Hi-matic-S’ produced by Samsung Precision Changwon factory in 1979 when it received a design plan with a technical alliance with Minolta in Japan. Though now merged into Sony, Minolta was the company that used to divide the camera market with Canon. Samsung sold the camera produced at its Changwon factory with the brand ‘Samsung Minolta’. HyMatic-S produced 300 units, followed by HyMatic-SD 5000 units. The price of the product was set at 90,000 won. Considering that the average wage of workers in 1980 was 150,000 won, it was a high priced product worth over 1 million won. Of course, Samsung is more competitive than Canon and Nikon cameras, which sell for between 200,000 and 300,000 won. Along with this, it also imported and sold SLR cameras such as X300 and X700 of Minolta. 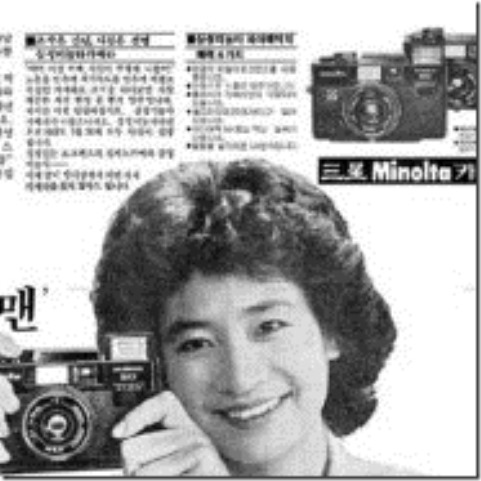 A Samsung official said, “The camera is very difficult to develop because it can be made not only by electronic technology but also by optical technology.” Barriers to enter the market are very high now and then. I had to learn camera manufacturing skills. ”

Readers’ camera brand ‘Kenox’ … tops the world
After six years of hard work, Samsung Precision developed a compact camera ‘SF-A’, which was produced in 1985 with pure technology. SF-A has achieved some success by exporting 40,000 units to Japan. In 1991, the ECX-1 model, launched by Samsung Precision, was awarded the Best Film Compact Camera category by the Technical Image Press Association (TIPA), the European video equipment conference. In 12 years after entering the business, it was a sign that Samsung Camera caught up with Japanese cameras in terms of quality. Samsung Precision established a camera factory in Mexico in 1995 and exported to the North American market in earnest. 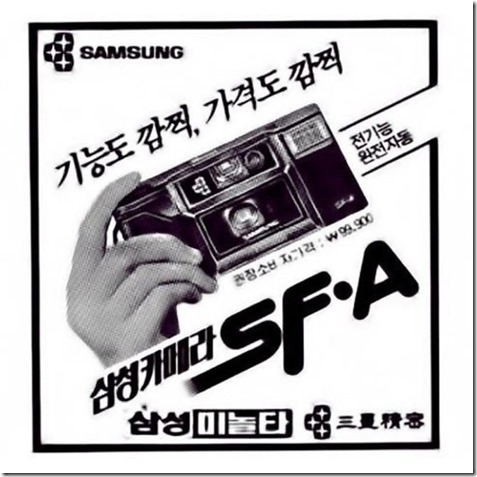 Newspaper ads at the time of SF-A launch

In 1996, Samsung Precision introduced its own camera brand, Kenox. Kenox is a name created by mixing the preceding letters such as’ KE’N, which means Alda, ‘NO’VELTY, which means novelty, and’ EX’CELLENT, which means wonderfulness. It is meant to bring a new wind to the camera market which is conservative and has high entry barriers. With the advent of Kenox, Samsung succeeded in securing its position as the top 7 camera market in the world. From that time, Samsung cameras began to become widespread among ordinary users.

In 1997, Samsung introduced its first SLR camera ‘GX-1’ with its own technology. It is the first professional-grade camera Samsung has made for compact cameras. However, there were not enough lens groups available and the domestic market was hit by the foreign exchange crisis, and the GX-1 was banned without any repercussions. 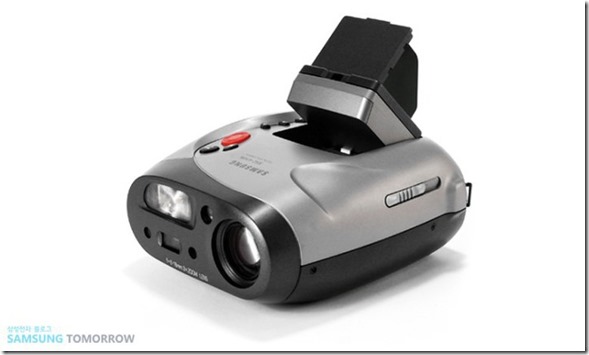 The early 2000s was a period of turbulence. The film camera, which had been the camera for more than half a century, had to take its place in digital cameras in the 2000s and completely disappear in 2005. Samsung has also started to focus on digital camera business after introducing ‘Digimax’ which is a digital camera exclusive brand. Digimax V4 released in 2003 became the driving force for Samsung to become the number one player in the domestic market, surpassing Canon and Nikon products.

The prime beginning with ‘Blue’
Samsung Techwin felt the need to organize the Samsung camera brand, which was divided into Digimax and Kenox. To accomplish this, we abolished two brands in 2006 and introduced a premium compact camera brand called VLUU. Blue has the meaning of ‘V’ividly’ Lu’v ‘U’. Blue has been acclaimed for its outstanding design, user experience, and image quality.

In 2009 Samsung introduced the ST550, a compact camera equipped with a dual LCD screen for the first time in the industry. The ST550 was designed to make it easier for users to take self-portraits by analyzing the fact that many people shoot “Selka” with a digital camera. ST550 received a lot of praise including winning design awards successively. Since then, digital cameras and smart phones have become a necessity to be able to take self-portraits. Finally, with the success of the blue and self-camera product lineup, Samsung has finally achieved the title of entering the top three camera markets around the world. 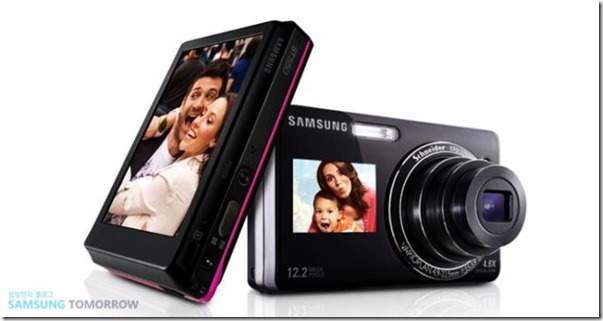 Samsung’s ST550 (photo) dual LCD, which was first introduced, received great acclaim and caused a change in the digital camera market that year.

Along with Blue, Samsung had another project. We wanted to showcase not only compact camera for general users but also professional DSLR market. It was decided that the decision was taken with the Japanese camera brand ‘Pentax’. Based on Pentax’s DSLR product design, DSLR was created and sold to the market. Instead, they decided to provide Pentax with a CMOS sensor developed by Samsung, which is a necessary part of a digital camera and smart phone, as well as a sensor that converts light from a lens into an electrical signal. Based on this collaboration, Samsung Electronics presented four DSLR products compatible with the Pentax lens family. But their collaboration ends when Samsung Electronics decides to focus on mirrorless cameras instead of DSLRs.

In the mirrorless camera market, Samsung Electronics, a latecomer than Panasonic and Olympus, needed a competitive edge to outdo them. At that time, the strategy chosen by Samsung Electronics was to use the APS-C size sensor, which is used in the DSLR, as a mirrorless camera. Competitors, such as Panasonic and Olympus, used sensors that were larger than compact cameras but smaller than DSLRs, which was a strategy to catch up with superior image quality using a relatively larger APS-C sensor. 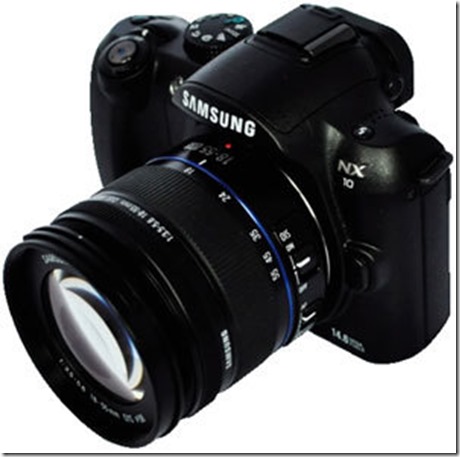 NX10 released by Samsung Electronics in 2010 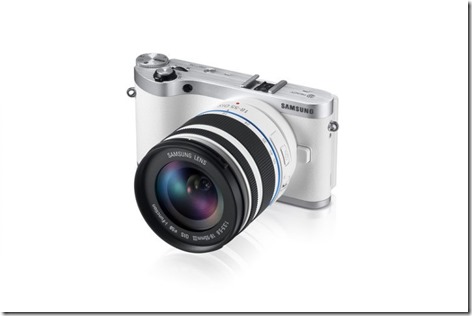 The NX300, which was Samsung’s representative camera model.

FourThirds System: A digital camera sensor standard that Panasonic and Olympus show together with a mirrorless camera. It uses a 17.3mm x 13mm sensor that is slightly smaller than the APS-C sensor, but much larger than a compact camera sensor. We named it Poseudra because it uses a 4: 3 picture ratio instead of the previously widely used 3: 2 picture ratio.

Sudden withdrawal of business … Inevitable movements due to market changes?
In September of 2015, news that Samsung Electronics is withdrawing from the camera business began to flow around the media. Samsung denied it, but the new product was no longer on sale. As a result, Samsung Electronics withdrew from the camera market in early 2017, announcing its official position that it will no longer produce or sell digital cameras. In the business report, IT and digital camera items included in the mobile (IM) division were deleted. The Samsung camera, which lasted 38 years in the mirrorless camera ‘NX 500’ that was launched in March 2015, has been cut off.

Why did Samsung suddenly decide to withdraw from the camera business? There are three main reasons. The first reason is that the compact camera market, which was the main business area of ​​Samsung’s camera division, was killed due to the growth of smartphones. In the 2010s, the fast-growing smartphone eroded the business area of ​​compact cameras that “always carry and can take pictures easily”. The market for compact cameras started sharply shattering, and it was hard to find any trace of it except for products with unique functions such as dust, waterproof and high magnification zoom. Samsung Electronics ranked third in the global camera market based on sales of compact cameras, but profitability deteriorated as the market shrank. 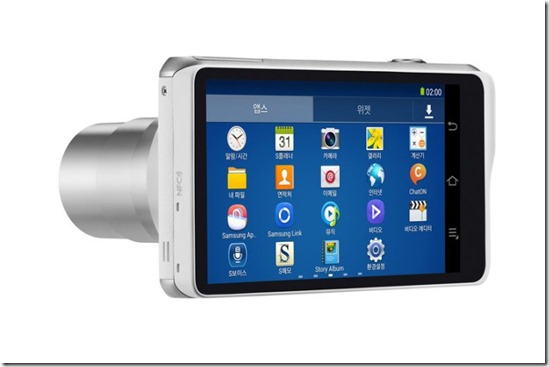 The growth of the smartphone market was a huge blow to the compact camera market. Samsung Electronics tried to respond to the change by releasing an Android-based Galaxy camera (photo), but it was not enough.

The third reason is poor business alignment for business succession. In May 2014, when Lee Kun-hee collapsed due to a myocardial infarction, Lee Jae-yong became vice chairman of Samsung Electronics and Samsung Electronics succeeded in the succession of business management. In order to succeed to the management, the business division of the Samsung Group was sluggish, and the digital camera business was included here. If Lee Kun-hee, who had a lot of interest in A / V, was in good condition, he might have been able to push the reference camera business even if he was a little sluggish, but this shield seems to have disappeared as Chairman Lee withdrew from the management front.

The camera business that Samsung has been doing shows that it can not do everything well because it is a first class company. I was able to overcome them by developing my own technology, transferring technology, and finally succeeding them. However, there was no way to respond to the cataclysm that the market itself would die. I wonder if Samsung could have been able to keep up with the talent of Samsung Electronics in the field where even the strongest players in the camera industry, such as Canon and Nikon, are struggling because of market collapse. There is nothing permanent in business. It should not be forgotten that customers, as well as companies, brands and products, may disappear from the market.